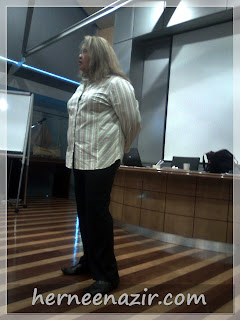 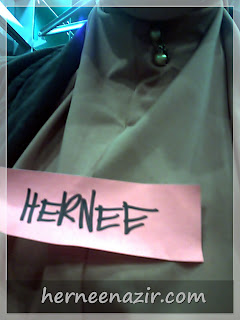 [credit to: Jalan Impian – The Musical!]

Sandra Sodhy is a producer (stage), publicist (stage), and writer (TV, film & stage). She is also a performer and has pursued a wide-ranging and eclectic career spanning theatre, film, television, video, music, and the advertising and recording industries.
A founding member of the Instant Cafe Theatre Company, Sandra was part of the core group for 10 years. She continues to appear with them in their comedy and theatre revues and was last seen in the ICT 15th Anniversary Road Trip & Charity Gala (2004) and corporate shows. From June 1999 – February 2002, she was the Managing Director of the Straits Theatre Company (STC) where she produced and publicized Yasmina Reza’s critically-acclaimed Art and Huzir Sulaiman’s Notes on Life & Love & Painting, Election Day and Atomic Jaya. She also acted in Hip-Hopera – The Musical (both runs) and Those Four Sisters Fernandez. She left STC to broaden her horizons in acting and writing for TV and stage.
In theatre, Sandra has appeared in many productions such as The Sound of Music, The Killing of Sister George, Karen Quah’s Lightbulbs and Colourblind, and was most recently seen on stage in Gardner & Wife’s award-winning Little Violet and the Angel (December 2004). On TV, she is best known as Lucy Hoy, Zaibo’s love interest in the popular top sitcom Spanar Jaya, the host in the DIY home decorating series, Painting Moments with ICI Dulux, and Maya the maid in the soap opera House of Conflict. She has also appeared in other local and international TV series such as Phua Chu Kang, Kopitiam, All Mixed Up and First Touch. On film, she was Mama Bosan in Zarul Albakri’s Mat Gelap and has appeared in Shuhaimi Baba’s Pontianak Harum Sundal Malam and Ringgit Kassorga, and Amir Mohamad’s The Big Durian.
Besides Jalan Impian, Sandra has written many scripts for TV, advertising copy for radio voiceovers and product brochures, scripts for sketches, product launches and lyrics for the Instant Café Theatre Company and other clients, and storylines for the soap opera Idaman. She was also the researcher for a 2-part documentary for the Malaysian National Library, the children’s TV programme E-lang, the TV gameshow Saya Anak Malaysia and 13 fifteen-minute segments on the ethnic cooking of indigenous people on RTM1’s Selamat Pagi Malaysia. Sandra has publicized innumerable theatre, dance and music performances, ICT’s month-long arts fest Out In The Open, music album launches by local and international artistes and charity fundraising events. A sought-after voiceover talent, Sandra has lent her voice to characters in Lat’s Kampung Boy (Malay and English), Disney’s Tarzan (Malay), and radio and TV advertisements too numerous to mention.
Sandra holds a Masters Degree in Economics (Labour) and a Bachelor of Economics (Analytical) with Honours from the University of Malaya, as well as a Diploma in the Teaching of English as a Second Language (TESL) from the Regional Language Centre, Singapore. She has taught at all levels from kindergarten to university. She enjoys teaching and has trained award-winning primary school storytellers, groomed college-level public speakers bound for American Universities and refined the pronunciation and articulation of radio deejays and TV newsreaders. She has also conducted management training courses, both locally and internationally, for government institutions and multinational corporations, dealing with staff ranging from security guards, telephonists, and receptionists right up to Managing Partners and CEOs.